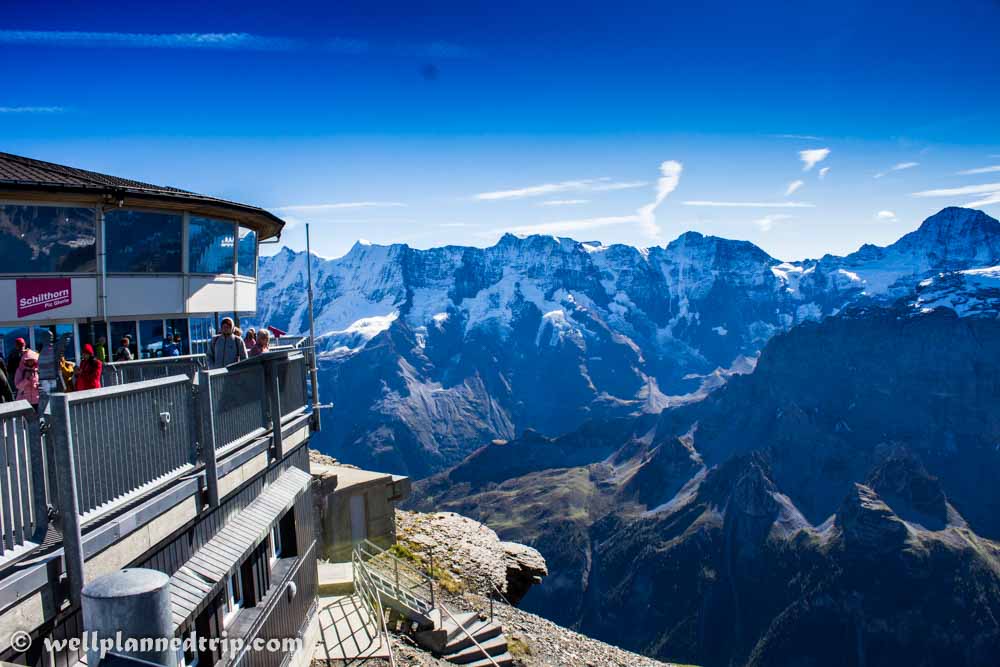 Is schilthorn free with Swiss Pass 2020?

Yes. Its completely free with Swiss pass. For more details and best rates refer the blog below :

How to get to Schilthorn from Lauterbrunnen or Murren

Another way to get to Murren

Explore the James Bond world in the lower floor.

While returning back, spend some time at Birg station and Enjoy the skyline walk

BACK TO MASTER GUIDE :

Ljubljana – the beautiful capital of Slovenia

Complete Guide for your Switzerland Trip